Here I am, a deprived- yet excited human. After spending “6 months” working on this website, one of my friends recently brought it to my attention, that it has actually been 9 months since I started building an online presence and base for this business. I was like “huh!?”. It has been 9 months, since I started physically building an online presence and base for this business. I was keeping one number in my head, that was far from the actual amount of time it’s been. That’s kind of how much fun I was having with this, honestly. I’ve been so deeply invested and into it, that I didn’t even stop to check the time. I initiated virtual and physical aspects, of what started as me just throwing together a basic website, for my individual endeavors. Months before initiating, I had already stormed on a name and general plan of what I wanted to create. After going through a bunch of crazy combinations and prospectives- the beginning of my moms name, combined with my nickname, birthed kava.

At the time, I had been independently contracting through multiple companies. I performed various services, in relations to some of the services I now offer on my site. Creating this site was going to be my outlet and base, where I could do them all in one, together- on my own terms. Contracting came after being afloat in a middle ground, some time after being laid off from a startup job- my first “real”, full time job at that. Though these forms were more laid back than corporate environments- they were still work, and they in turn ran my aspirations and creativity into ‘subconscia’ hibernation.

Rebellion and wanting to do my own thing, both in general and career-wise, were attributes embedded in me from youth. I always felt it, and I always knew it. Heading towards the entrepreneurial route was a given, but I was also aware that I would have to put in the groundwork, in order for that to happen. Though I had some levels of independence between contracting- the feeling of getting nowhere, blended with an absence of depth and substance, started to linger. Transportation costs and excessive commutes weren’t making it any better. I was bouncing around doing extras, for companies that could care less.

With residing in areas whose resources have potential- yet are deprived of essential necessities, you go into survival mode and are forced to get creative. This also generally applies, when starting out something with nothing. Things started a’clicking in my brain, and it was time. I started off with just wanting a website, and somewhere people could reach me if needed. Through the process, I became more and more inspired, and started naturally inventing a multitude of prospective components. Though I have a range of projects and ideas I’ve plotted on for years, I didn’t initially think to embed them into anything having to do with this- up until recently.

If you’ve ever seen someone with a reasonably well put together business, personal brand, or entity- trust that they are making it look easy, have someone putting in that work work, or are very good at what they do. It is a whole process, especially pertaining to those doing everything the correct and/or legal way. Through this experience, I’ve seen parts and features of the internet I never knew existed (some kind of creepy), developed a different level of empathy for everyday business owners (bless your souls), and have managed to self educate myself on a great number of areas I didn’t even think I’d necessarily be crossing. There were many areas I was versed in, at least in minimum terms- but things hit different when you gotta go in depth.

No one tells you about potential responsibilities and burdens, you may have to take on in the coming of ownership. The financial and legal aspects alone, are a whole element of their own. There are multiple divisions you have to file with, licensing structures that can get deep, accountants and financial professionals you have to keep handy, and as not so serious as it may seem- a lawyer has to have a seat somewhere at the dinner table. Then come the costs of things you didn’t even know costed. For some reason this is making me laugh, and I’m sure it’s because I’m physically writing out the reality.

Most of this site is a result of experimentations that went right, or went through trials until they became right. In this passing year, I somehow learned how to curate and put together an entire website, became a bootleg lawyer for some minutes at a time to figure out legalities, learned some copywriting skills out of air and sheer creativity, did quick maths to create pricing structures and costs, sported the graphic designer title some days crafting sample logos, intense research (thank you internet ! I love you.), trial and error, and a whole bunch of other things my brain somehow managed to figure out and do. With many nights and days, where I had to force myself to go to bed after working consecutive hours at a time, there literally being a point where I ate, slept, and breathed kava from 12PM-6AM every single day for two months straight, headaches and burn outs that were signaling my brain to take a day off, and me ignorantly saying “NO”, busting my brain watching videos, tutorials, and articles to figure out things that literally take seconds to do when learned, staring at screens till my eye veins were bloodshot, to not knowing what day it is… ever, to “it’s Friday again !? oh.., to being cooped up in my little ‘office corner’ without going outside for days, to instantly shielding myself from the sun when going outside- due to how “bright” it was. As you can tell, I’ve been on auto-pilot and my internal hard drive has been in stealth mode.

A whole vampire (or zombie).

kava is currently in a beta stage, and probably will be for some time. I myself, will probably be in a beta stage foreva. I may not be the most grammatically gifted person, or know it all- but I am here to put in my work regartless. I actually do not write at all- with this definitely being the most I’ve ever typed out on the internet, and probably in life. I am always here to learn and soak up anything and everything brought onto me, and take pride in doing so. You might see a lot of edits, catch a warped photo or two every now and then, something out of place, template revisions, etcetera. Just know that I am always open to feedback, and criticism- even the non constructive kind.

I would love to delve into as many areas as one can, not limited to eventually touching on; ownership, outreach, financial freedom, workshops, courses, open dialogue, public gatherings, developments, and anything pertaining to overall wellness and progression. I open and allow this to lead to many other wondrous advancements, accomplishments, goals, and opportunities for not only myself- but my community. With harboring many plans and aspirations beyond myself, and beyond elements this world has experienced- I know the potential will be dependent on the depths I push myself, along with the levels of support I receive. I really can’t say where this will go, being the possibilities are endless. I’m just glad my passion project is now near completion.

laughs to self with serious eyeballs

If you would like to work with me, support, have any type of ideas you want to talk about, or just wanna chat business- please reach out. The following will link you to stuff. 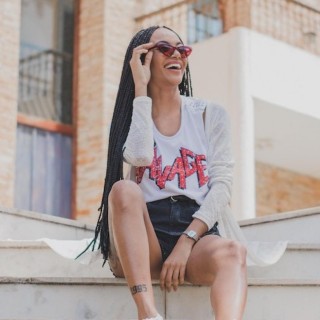 Buy me a coffee
© 2020 kava ⌭ All Rights Reserved ⌭ And yes, we are #BlackOwned
Come Glow With Us !

You can find out more about which cookies we are using or switch them off in settings.

This website uses cookies so that we can provide you with the best user experience possible. Cookie information is stored in your browser and performs functions such as recognising you when you return to our website and helping our team to understand which sections of the website you find most interesting and useful.

Strictly Necessary Cookie should be enabled at all times so that we can save your preferences for cookie settings.

If you disable this cookie, we will not be able to save your preferences. This means that every time you visit this website you will need to enable or disable cookies again.